We’re twenty minutes into arguing about throwing First Girl a birthday party before it slowly dawns on me that this isn’t about her at all. At least not really.

I’m standing there arguing that she needs some friends when I’m really fighting hard for another little girl. A girl I know all too well who grew up feeling out-of-place and alone much of her life. Even in the middle of a crowd, even on a stage in front of thousands.

You get wounded enough times and you start wondering if people are just hanging around because maybe their mama asked them to and not because they see and like the real you. 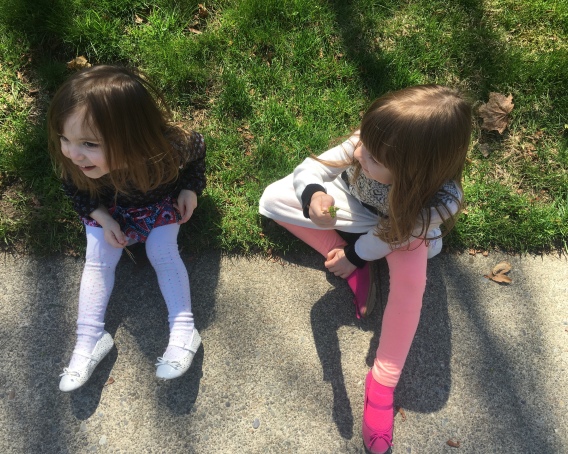 My Man, he’s the one flesh-covered soul this side of heaven who can always see to the heart of me. He’s trying to point out the absurdity of what I’m aiming at – invite a few would-be friends in the hopes that maybe they’ll see what a gem First Girl is – and can’t figure why we’re going ten rounds on this.

But how can he know that this isn’t really about a five-year old birthday party? How can he know that the grown woman standing in front of him is really crumbling on the inside as she remembers all too well what it is to grow up feeling like maybe you’re just too much or not enough?

It’s easy to shake our heads at the parent who goes nuts on the sidelines, or pushes their kid too hard in half a dozen activities trying to see their own failed dreams realized. But maybe all of us walking wounded, all of us carrying around a bag of unmet expectations, are guilty of the same? It just shows up in our special brand of dysfunction, like trying to bribe other kids with cake and fun in return for forced friendship.

You can deceive yourself with some high-minded excuses and completely miss that you’re really just trying to go back and heal some busted up place in your soul.

We think we can somehow make it different this next time around. That maybe if I do it better for her then it will make sense of my own scars. But that’s still just you or me trying to fix our own broken, wondering why we can’t stop the bleeding gash when it’s really our heart that’s giving out.

We’re dying for someone to see the hidden spaces of our heart and not pull back in horror, to sit in the shadows with us while we sort through the rubble.

But good as My Man can be and the friends these days are, they can’t fix me. A thousand kind words can’t really patch up the cracks in my heart. It’s only going to come through the searing pain of that splintered, bloodied Cross. That symbol of shame turned glory that forever wounded the Carpenter Man so we could be free.

There’s His pain, yes, but then there’s also our pain, in having to face what has been done and then, maybe even harder, let it go and stop leaning on it like a crutch for every time we pull back or screw up. To stop dragging it out of the rubbish heap like some shredded comfort blanket that we just can’t quit.

I crawl into bed and think of those nail scarred hands that never stop reaching out to take all the ugly that people have thrown at us, done to us, said to us. Because they did it to Him first. And without always knowing it, we’ve probably done our fair share of it back.

Yet while he stood hanging on that cross, those nails piercing flesh and bone and soul, He was thinking of you and me and deciding it was all worth it.

I can’t spare my babes all the meanness of this world. And really, should I? Maybe we need a little of this ugly to keep us longing for the beauty of a future glory. Maybe, like me, their loneliness will be what drives them to Abba’s outstretched arms. And isn’t that the best gift I can give my girls?

4 thoughts on “When You’re Trying to Help Your Wounded, Younger Self”